Azamgarh: It was a surprise visit by Maulana Mohammad Rabey Hasni Nadvi, the senior most member of the managing committee of Darul Musannefin Shibli Academy when on his way to Ghazipur he briefly halted at the Academy on November 24. Maulana Nadvi is the president of All India Muslim Personal Law Board.

Among others, his brother Maulana Wazeh Rasheed Nadvi accompanied Maulana Rabey Hasni Nadvi. Maulana Rabey was happy to see the progress of Academy and was inquisitive of its present state of affairs.

Maulana expressed his worry over lack of new books coming out of Academy. However, when told about the appointment of two new scholars and the promised effort of Maulana Umairus Siddique Nadvi (Senior ‘Rafeeque’) in completing his project “Tazkaratul Fuqha”, he expressed satisfaction.

Incidentally, Maualan Umairus Siddique has gone to Lucknow and was on his way back when Maulana Rabey arrived in the Academy. Maulana was apprised of enhancement of staff salary to the extent of 150% within a year of Professor Ishtiaq Zilli’s tenure as Director/Secretary of the Academy.

Maulana Rabey was regretful of not attending managing committee meetings in the past because of extreme business with so many things, in particular, with the Personal Law Board. He expressed his desire to be at the next annual meeting.

He was all praise for Allama Shibli Nomani’s maverick biography writings. In particular, he picked up “Al-Farooq” as an exemplary biography that had a great impact. When Dr. Ilyas Azmi, Fellow of the Academy proposed a seminar through ‘Rabta-e- Adab Islami”, Maulana suggested a topic related to Allama Shibli’s style of biography writing.

Maulana Rabey was briefed about the renovation of Conference Hall with the state of art audio system as per instructions and supervision of Professor Ishtiaq Zilli.
Posted by Dr.Mohd.Ilyas Azmi at 2:55 AM No comments:

Jalsa-e-Seerat-un-Nabi on the occasion of 152nd birth anniversary of Allama Shibli Nomani
By Salman Sultan, TwoCircles.net Special Correspondent,
Azamgarh: Setting a new good trend, the city of Azamgarh organized a grand Jalsa-e-Seerat to commemorate 152nd birth anniversary of Allama Shibli Nomani. The function was organized in the evening of 3rd June 2009, at Madarsa Faizan-e-Shibli in Bindwal. There were three speakers: Dr. Fakhrul Islam Azmi (Head, Dept. of Arabic, Shibli National College, Azamgarh), Dr. Mohd. Ilyas Azmi (well known writer) and Maulana Mahboob Alam Qasmi (Principal, Jamiatur Rashad, Azamgarh). Maulana Ashfaq Ahmad Islahi, Nazim, Madarsatul Islah, Saraimeer (Azamgarh) presided.
The Jalsa started with recitation of verses from holy Quran.
Dr, Fakhrul Islam speaking on the topic “Allama Shibli aur Taleem” congratulated the organizers for this refreshing trend of holding a conference on Seerat of our beloved Prophet (saw) instead of organizing the usual cricket match or “Mushaira”. Dr. Islam pointed out Shibli’s emphasis on residential education for overall personality development of students. He further elaborated on Shibli’s synthesis of oriental and occidental learning and introduction of Sanskrit and English teaching in “Nadwatul Ulema”, Lucknow. Dr. Islam also mentioned Allama Shibli’s tour of Turkey, Egypt, Syria and his observation of equal opportunity for women in Turkey and other places. Shibli’s belief in boy’s education leading to the education of a single person and girl’s education leading to the education of whole family was mentioned. Dr. Islam noted that now Shibli’s idea for women’s education is prevalent. In his concluding remarks Dr. Islam advised establishment of good quality educational institutes in villages to check migration of women folk and said that though inhabitants of Bindwal have a right to be proud of belonging to Allama Shibli’s birthplace but they should follow the teachings of Allama Shibli for overall personality development of students.
Dr. Mohd. Ilyas Azmi spoke on the topic “Ahad-e-hazir me Allama Shibli ki ma’anwiyat”. He said that Shibli’s work is being translated in different languages and as far as importance of his work is concerned there is only one other personality who may be mentioned and that is Sir Syed Ahmad Khan. Dr. Ilyas said that Shibli was successful in all his programs because of his utmost sincerity. He (Shibli) was not bowled over by western civilization and was the first to give fitting reply to attacks on Islam and Muslims. Shibli not only respected his parents but also inculcated the habit of respect for elders among his students. The way Shibli studied educational problems of Muslim and suggested ways for improvement between 1883-1914 has no parallel. Dr. Ilyas concluded with the remark that for solving problems faced by “Millat”, it is imperative to study Shibli’s research paper “Musalmanon ki Political Karvat”.
Maulana Mahboob Alam Qasmi whose topic was “Allama Shibli ki Seerat-un-Nabi” talked about mission of Prophet (saw) and emphasized following the Seerat of our beloved Prophet (saw). He gave examples of extreme reverence of companions for Prophet (saw) and mentioned that the most prominent name among biographer of Prophet (saw) is that of Allama Shibli Nomani. Maulana pointed out the grave situation created by books written by missionaries that tarnished the image of our Prophet (saw) and therefore, Allama Shibli’s monumental work of writing an authentic well researched biography of our beloved Prophet (saw). Maulana said that Seerat-un-Nabi of Allama Shibli Nomani is comprehensive to the extent that after reading it there is no need to go for another book. Maulana mentioned the special role Shibli enacted as a reformer and concluded by inviting people to study thoroughly “Seerat-un-Nabi” in order to do the work of “Dawah”.
In his presidential remarks, Maulana Ashfaq Ahmad Islahi, said that companions of Prophet (saw) learned all languages, as all languages are respectable. He emphasized the point that Shibli’s idea was formed after a thorough and deep study of Al-Quran and after forming his opinion Shibli strictly adhered to it.
Mohd. Arif (Nazim, Madarsa Faizan-e-Shibli) proposed vote of thanks.
Posted by Dr.Mohd.Ilyas Azmi at 3:11 AM No comments:

Posted by Dr.Mohd.Ilyas Azmi at 6:53 AM No comments: 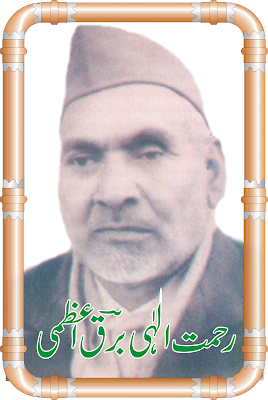 Posted by Dr.Mohd.Ilyas Azmi at 2:23 AM No comments: 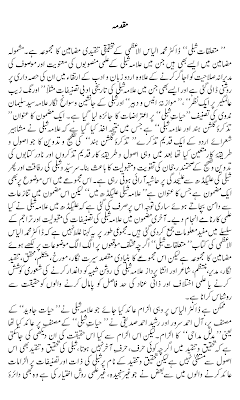 Posted by Dr.Mohd.Ilyas Azmi at 7:34 AM No comments: 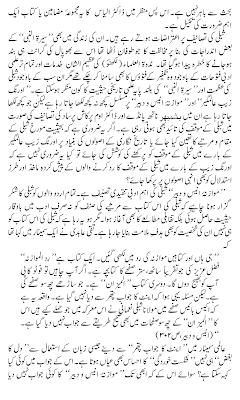 Posted by Dr.Mohd.Ilyas Azmi at 7:33 AM No comments: 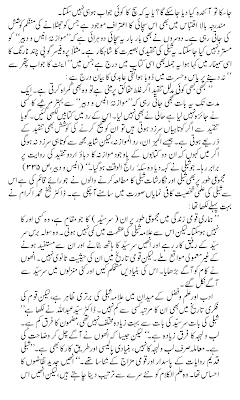 Posted by Dr.Mohd.Ilyas Azmi at 7:31 AM No comments: